How to approach mixed sets with AMOG

How to approach mixed sets with AMOG (Alpha male of group)

If we have a set of two women and 1 alpha male of the group, the first thing that you must do – approach the male. Why? I had a lot of students who made a big mistake, – they approached girls first. And what happened? Alpha male of the group became angry and he rejected my students by saying:

If you see a man in the group who has similar qualities of  the Alpha Male (at the center of attention, females respect him, females listen to him,  he has powerful posture and so on). You must approach him first. Why am trying to make friends with Alpha Male of the group? Firstly, if it’s a good looking guy, it bight be he is successful in life. I want to fly with eagles, I don`t want walk with turkeys. I want to surround myself with other Alpha Males who will help me to achieve my goal.

How to approach an Alpha Male of the group?

Basically I approach and give him a compliment:

–          “You look tall, do you play basketball?” – then I continue talking about basketball or volleyball. It doesn’t matter. I invite him to play together sometime and we exchange numbers.

–          “Hello man, my name is AMT, nice to meet you” – always introduce yourself. It will give you the power. In all business situations men introduce each other.

–          “You look intelligent, maybe you are working with IT?” – if a guy looks like programmer, you can say this and get programmer’s contacts. He will help you to create websites and systems.

I open the group by giving attention to the male of the group:

–          AMT: “Hi, very nice shoes. Maybe you know where I can go this evening in Vilnius? I am thinking about disco club.” This opener is very simple. At the beginning I give a compliment, because men like compliments. They get them maybe 2 times in the year. So you always can complement shoes, tie, hair style. Complement what you like about him. If you complement him, you do not compete with him. So complements are very important. Asking about the places where you can go – is very natural. If you arrive to Vilnius, you are not local, you do not know where you can go. But here is what happens sometimes:

–          AMT: “Me too” (basically I can pick-up Samanta (chick on the left) now, but first of all I must exchange contacts with the Alpha Male of the group. Why? Because if do that, Samanta will feel enormous attraction to me. Women are searching for men who are absolutely confident in social situations. Who can talk with a sense of confidence with other males.  For women a confident man means the ability to keep her family safe. It is the social power of an Alpha male.

I isolate the man by using  my body language. I want to get to know him better. 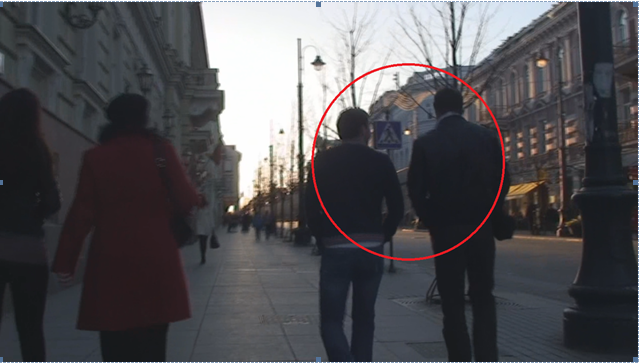 In that moment the male of the group really feels that I am not a danger to him. I continue conversation by asking him:

–          AMT: “By the way, what is your name?” – This is a transition. Talking about where to spend the evening in Vilnius with people from abroad is stupid. Because they came here from Armenia and they also do not know Vilnius.

–          AMT: “My name is AMT. Gago, you look like working with sales, like a manager? Am I right” – it is really hard for my students to make this transition. Because they feel like gays. But you must do that, because the male of the group will not introduce himself. There is only one way: either you do this, or he will eliminate you from the group. By doing this you are dominant, friendly and you are not competing with him.

–          AMT: “Cool, last summer I was in Sochi – Russia. They all drive very dangerously. One evening we went to the city and called a taxi. The taxi driver was Armenian. He started driving very fast with this LADA old car. I told him: “don`t drive so fast, or you will kill us”, and he answered: “it is normal”, then I replied: “drive slower or I will go to another taxi” – after this, he started driving slower. It was not a friendly experience.

–          Male of the group: “Yes you right, they drive so fast. And it is very risky. For example, my mission is to drive people as safely as I can. I know this problem and it is big problem.”

When I got telephone number from the male of the group I made a transition to my target. Of course I showed respect to her mother. 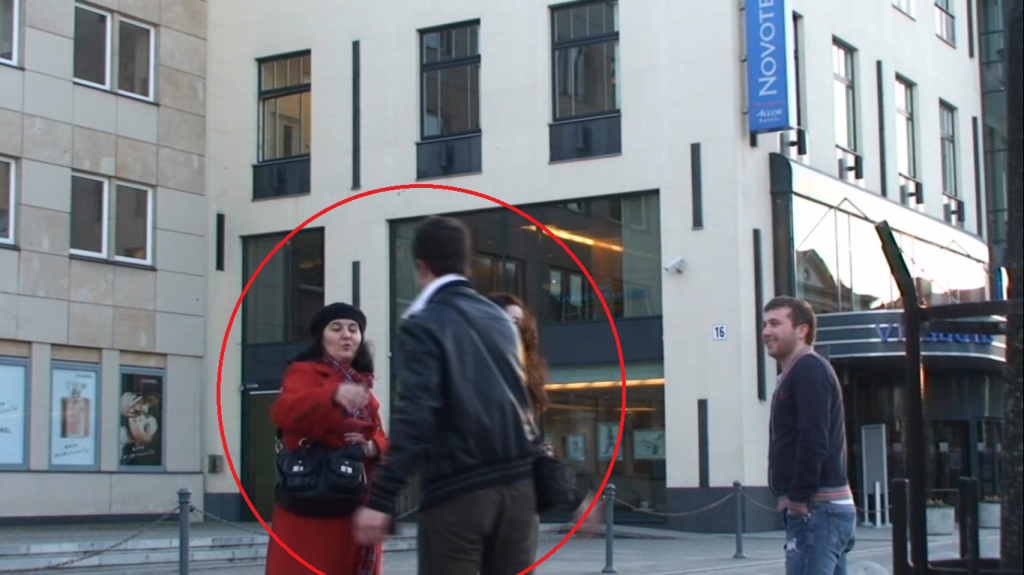 I showed respect to her mother by saying:

–          “Very beautiful red coat and black cap. It suits you very well” – it raises mother`s self-esteem, because every person on the planet wants to be beautiful. 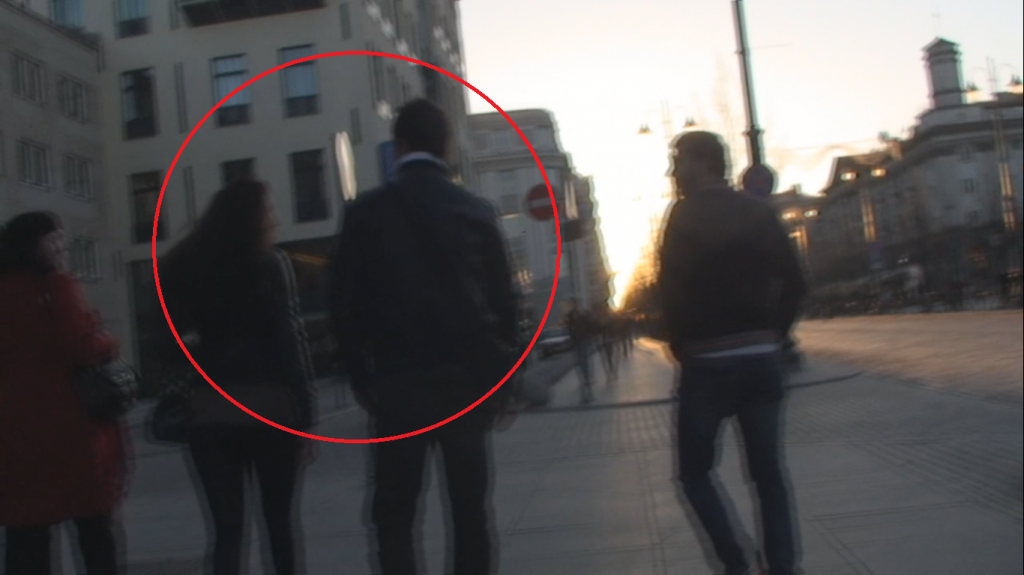 I do a transition to my target: 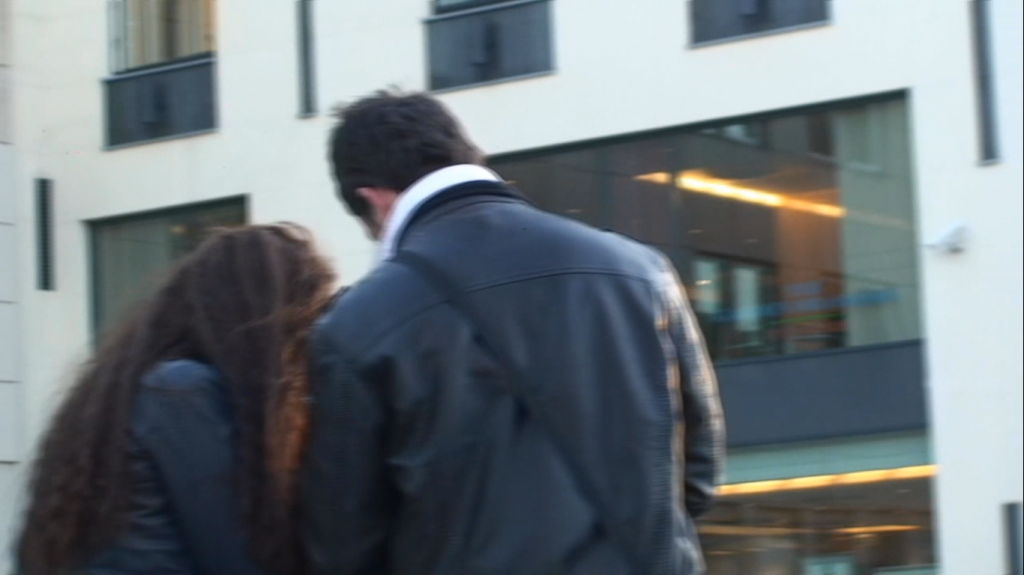 The most important thing in family game is to be friendly and dominant to the brother and the mother. If you are not dominant, you have no energy, they will reject you. Therefore I always recommend fitness and diet programs for my partners in Alpha Man Trainings. Guys do exercise at home. It does not require that much time like going to the gym. They have a high testosterone level and want girls.