My Story How I Became Alpha Male Part 2 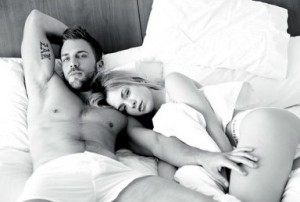 I have recommended him some books and one internet page. Here I did a huge mistake. You cannot give people things free because they will not value it. This guy made big problems for me. He told about my manipulation techniques to all groupmates, especially for those girls. He told what books I have red and from what website I was learning. From all my heart, I wanted to help him, but he behaved like a pig.

I realized that my self-confident is formed only from successful sets. I still did not have the financial independence from my parents, I still was not free from friends who might have influenced me.

People in university began gossip about me. I sincerely say that I was very embarrassing to go to the university and look into their eyes. In their eyes, I was a weirdo guy. I learned a huge lesson in my life – If you use Alpha Male Secrets, It should be in secret. No one cannot know it, except you and your coach.

On The second year, I have started to “climb out of the pack”. I moved away from dormitory to flat. It was good start being independent from the dormitory life and the people who surrounded me. In this new flat I lived with two other males. Each had a separate room. I had a big room with a large balcony. I had a large bed, and I knew that now have no problem in bringing the girl for “workout” :).

I was almost 20 years old, but I still had not tasted what is sex. I needed to change. If you live in same place, with same people, you will get same minds, same ideas, and you will not change. Time to change.

I was going to nightclubs and started to discover dancing/seduction techniques. I took group dance lessons. How many beautiful, with a great figure girls looking for a dance partner, and how little amount of men want to dance. Those who want to, usually climb up to the age of 30+. I was twenty years old between young beautiful girls and older uncles.

I discovered my first passion for life – it was a dance. Friends said that I should do something with dancing. I had already approached a major step to the Alpha Male, because I already had my passion for life, what I value the development, self-realization. Dancing has given me self-expression and made me feel much more attractive to women. Dancing has become my strongest part. Dancing separated me from other men.

One day this sexy girl from my group in University asked me:

Although I already had my own passion for life and was a large step closer to the Alpha Male, but I still did not feel a strong self-confidence. I felt that something does not let me be fully confident. It was roommates with whom I lived together and University. Why roommates? Because they had some close relationships with my group mates. As I said all my groupmates gossip about me. I was feeling that I should go and live together with my best friend Paul. He was studying in different university but we managed to live together.
Paul lived in dormitory type flat and he had his small business. He was selling sport supplements. It was a beginning of his new business but still he earned little money. I did not earn any money. All money what I got were from my parents. Paul said:

My mother was against going and living with Paul in another flat, because that flat was more expensive and during winter time it will be hard to pay bills and rent. She said to me:

I did not listen her and I moved to live with Emex (Paul). Living with Paul, who had entrepreneur `s thinking paid me off 100 times.

The third course at university were born my project www.patrauklusvyras.lt (dating advices for men) and www.salsosritmu.lt (dance training).

I had my first client who took my personal training – The Alpha Male. He was so thankful to me that he programmed me those two sites. He was a programmer. Thanks for him. Great guy. After first client came second, third and so on. I started to have so income.

On the other hand, since being mobilized on doing those projects, I forsook the university. In my third year, I started to crib from the phone. Sitting in classrooms and feeling confident, I raised my hand during the examination, invited teachers and asked for change sit possession, ostensibly me uncomfortable to sit here. The real reason was I simply could not transcribe exam. Honestly, I simply no longer had a desire to my university because the most interesting activity was converting guys to Alpha Males. Behavior of being bold and cool worked during exams but this came to the end.
At the end of the third year, I could not pass mathematics exam. I realized that I am wasting my money paying people who helped me pass these exams. I asked myself:

At the end of the third year, I quit University against my parents’ willingness. They invested money and they wanted me to finish it. And you know what?

I began to feel unreal feeling inside me. It was freedom. I had parents said:

I live poorly the first month eating potatoes, noodles, rice. I started saving and earning money. I needed 800Eur per month in order not to go into the minus.

One journalist wrote very different article then I gave interview. I started to see that the world is not so nice place to be open for everyone. Before doing something, you should answer: “What will be after 1, 5, 10 years using these words, mindset?” I faces with lot of difficulties but everything gave me invaluable experience.

Now my relationship with parents are OK, because I was open to them and explained why I chose those projects. They understood that it is the best choice among others in my life. I want give big thank you for Paul, my parents, my client programmer who programmed websites, and all readers who supported me. Thankyou.

I recommend one exercise for you: